Our Community of Pilgrims 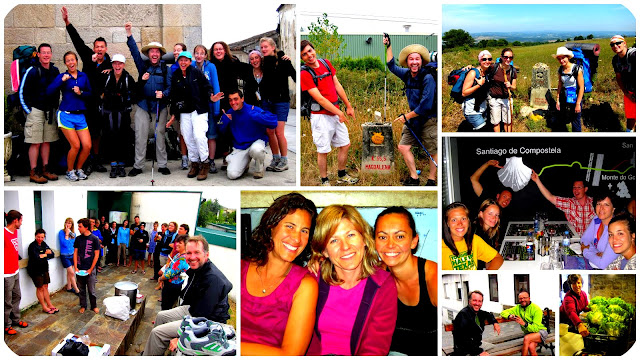 For most pilgrims, the Camino is a personal journey. We walked it with a group of twenty seven and had a support staff of four who met up with us in the evenings to bring us our meals.

The training event was for new staff working in Europe, so we had a potpourri of nations represented - Slovenia, England, Spain, Portugal, France, Holland, Germany, Czech Republic, Colombia and Brazil- as well as a number of Americans, some who came over from the US and others who work internationally. Our ages ranged from fourteen to fifty two and our experience with walking varied as much as our ages. Some walk parts of the Camino every year. Others had walked for several days during other training events. But most of us were new to the experience.

We were kind of like a church in that we didn’t choose each other as companions but we ended up becoming a community because we shared a common goal. As pilgrims our goal was reaching Santiago de Compostela, but this was only a learning environment we hoped would help us get closer to our overarching goal: living out the Great Commandment and the Great Commission.

Even though we were a collection of independent adults, our community was not a free-for-all. A couple from headed up the whole event and they were the prototype of contemporary leadership. I’ll write more about what I learned from them later...suffice it to say here that not only did they make sure that the logistics ran smoothly but they were model pilgrims.

When you’re new to something, and a little intimidated by what lies ahead, its very reassuring to be surrounded by a community of fellow travelers which includes people who give you the confidence that not only will you make it but you’ll be glad you did.
Posted by annette gulick 2 comments: 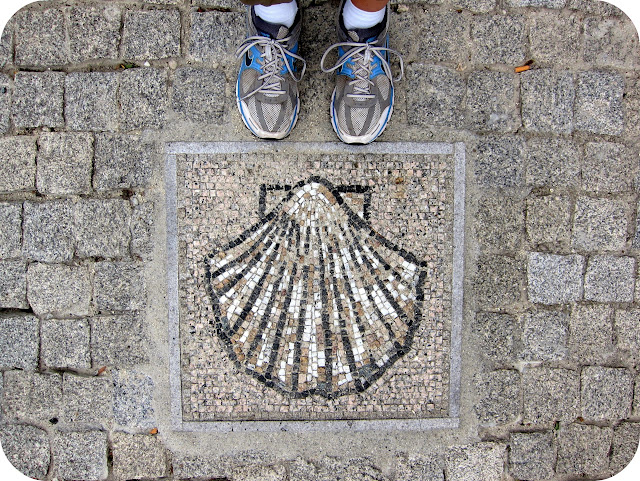 That’s how far we walked along the Camino de Santiago in northern last August. Friends of ours have been so enthusiastic about their experiences walking the Camino that we jumped at the opportunity to help out at a training event which uses it as its matrix. Part of the training involved working as hospitaleros (hosts) at a hostel called “the Pilgrim’s Fountain” and part of it involved actually being peregrinos (pilgrims).

During our ten years in we saw a lot of people on pilgrimage to various religious shrines and never felt an inclination to participate. Somehow the Camino is different than other pilgrimage routes. A Portuguese man walking with his wife explained it this way, “The pilgrimages to or even the Portuguese route to are about suffering or asking for something. But the Camino to Santiago is about gratitude."

We’re grateful for the experience and don’t want to forget what we saw and learned so I’ll be posting excerpts from my diary with pictures from the walk. It’ll be almost like reliving the Camino, without the tired legs.
Posted by annette gulick No comments: 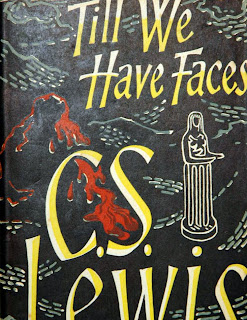 Holy wisdom is not clear and thin like water, but thick and dark like blood.*
c.s. lewis. till we have faces.

Jesus’ declaration to be “living water,” the makeup and mechanism of our bodies, even the composition of blood itself, underscore to the importance of water. However scripture also assigns great value to blood: to the thick and dark, the mysterious and opaque, the paradoxical (the very thing that stains the ground for generations can wash clean a soul; the unseen seat of life which when in view is a portent of death).

The place of both water and blood in our relationship with God are affirmed in the sacraments of baptism and communion while their seemingly opposing natures are united in a masterful transposition that elevates Christianity beyond both philosophy and religion. Jesus first miracle was to change water into wine and once His blood had been  poured out, blood loses its place in the cultic practice and is replaced by wine: “Take this, all of you, and drink from it…”

For centuries the Christian church highlighted the “thick and dark” parts of the faith. As humanity changed its preferences, the Church shifted its emphasis to that which is transparent, simple, and easy to digest. Without diminishing either, may we now recover wine as a rich symbol for the Christian life?

Water and blood come from above but wine is something we make. This making is a process, a messy process with startling results, and one that involves a sort of death to self in order for the individual grape to be reborn as part of something greater than itself, something that brings out the fullest possibilities of its essential qualities.

Duality: Water and blood. Heaven and Earth. God and

Beyond Duality: Water and blood and wine – the sacred mystery which up till now has been hidden in every age and every generation, but which is now as clear as daylight to those who love God. They are those to whom God has planned to give a vision of the full wonder and splendor of his secret plan for the nations. And the secret is simply this: Christ in you! Yes, Christ in you bringing with him the hope of all the glorious things to come. ( Colossians 1:27, Phillips)

*These words of Orual, the protagonist of C.S. Lewis’ preferred book of his writing, Till We Have Faces, contrast her perception of the Greek philosophy (water) taught to her by her beloved tutor and the pagan religion (blood) which offered sacrifices to the goddess Ungit.
Posted by annette gulick No comments: